My return to Carriacou to do my work on the house coincided with the last part of the roof beam being cast. This enabled me to see first hand how the roof rafters are fixed into the concrete to create a very substantial structure. For those nerdy enough to be interested, the pictures below and the explanation show how to make a roof that can withstand any hurricane …with luck.

First small notches are cut into the top of alternate roof rafters (just visible in centre rafter in pic 1 below) into this notch specially made iron straps (shown in pic 2) are slotted.

The legs of these straps are combined with the reinforced concrete ring beam effectively holding down the rafters into the beam against the intense uplift forces experienced during very high winds. The shuttering to contain the poured concrete for this beam is shown in the early stage of construction under the notched rafter in pic 1

Once cast, and the shuttering removed, it looks like the finished beam  in pic 3 which will get rendered to make it look much nicer. 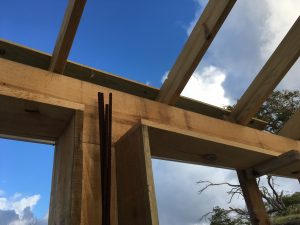 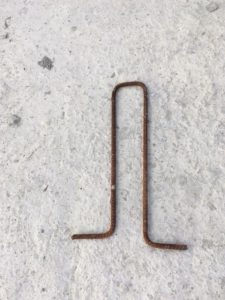 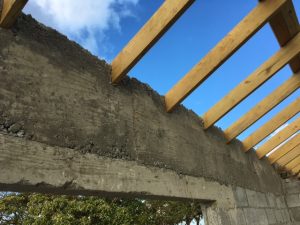